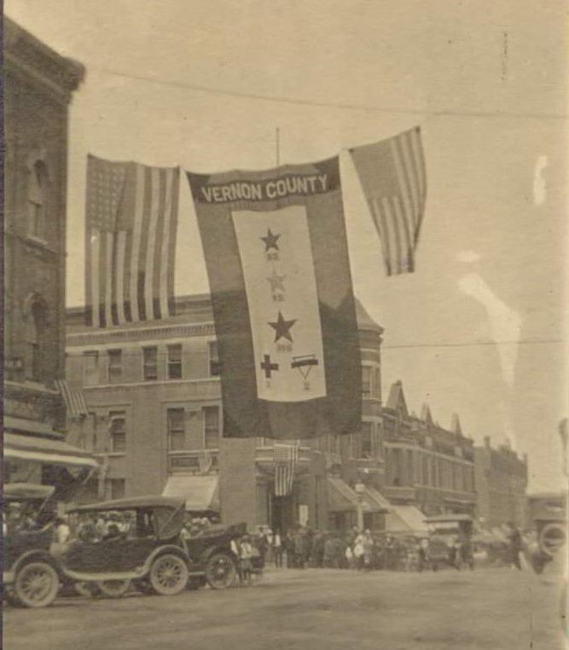 Downtown Viroqua in 1919, after the armistice ending the Great War (WWI). The big Vernon County flag waving across Main Street is emblazoned with a gold star representing the 50 people from Vernon County who died in military service, a silver star representing the 65 who were wounded, and a blue star representing the 968 who served in the military without injury. The flag also bears a red cross for the three who served with the Red Cross, and a triangle for the two who served with the YMCA. Behind the flag you can see the Fortney Hotel, which still stands at the corner of Main and Court. The building on the far right is the Opera Block, which also still stands, at the corner of Main and Decker.